At our recent board meeting our Executive Management Team (EMT) and Trustees were thrilled to celebrate our Chair of the Board, Derek Lum’s 20 years’ service to Bethphage. We took Derek by surprise by presenting him with some fantastic gifts, all carefully crafted and created by people from our Day Opportunities at Our Space, Innage Lane and Oak Farm.

Derek joined Bethphage’s board of Trustees in 2002, becoming Chair in 2004 and brings to Bethphage over 35 years’ experience in industry and commerce.

All of our trustees are volunteers who give their free time to Bethphage, using their skills and expertise to ensure the charity is well run and meets its aims and objectives to benefit the people we support.  Our Vice Chair, Irena Sobolewska who herself recently achieved 20 years service as a Trustee for Bethphage paid tribute to Derek and thanked him for all the time he gives to the charity.

Our Chief Executive Officer, Stef Kay  thanked Derek for being so approachable and responsive and highlighted how his business knowledge has benefitted Bethphage.

Linda Timmons, CEO of Mosaic (USA), one of Bethphage’s two founding corporate members, sent a recorded video message all the way from Omaha, Nebraska and called it a:

Adding that Derek had made:

“such a positive difference to people supported by Bethphage. You have witnessed Bethphage’s transformation from small organisation – growing into a thriving, person centred organisation.”

“leadership makes such a difference. Under your leadership you have developed a board of dedicated and talented trustees who give freely their time.”

Derek was touched by the presentation, and stressed that it was not about him, thanking all Bethphage colleagues for their contributions:

“Bethphage supports some incredibly talented and creative people and I am grateful for their kindness, and for the kind words of my colleagues. I am proud to be part of Bethphage and to play a small part in its development, but I’m under no illusion that Bethphage’s success and its strength to face the challenges ahead is built entirely on the efforts of every single person involved. So, I would like to thank everyone in Bethphage for making my association with Bethphage over the last 20 years such a fantastic personal experience.”

Congratulations and thank you Derek for all you have given to Bethphage over the past 20 years. 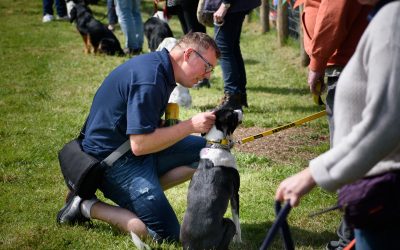 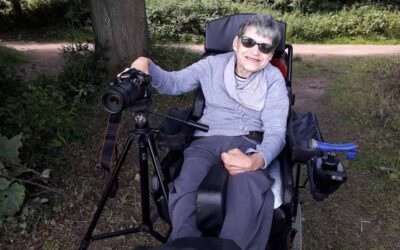 Sign up to our newsletter to hear about all our exciting projects and news with the people we support. Sign up today to enter our prize draw. 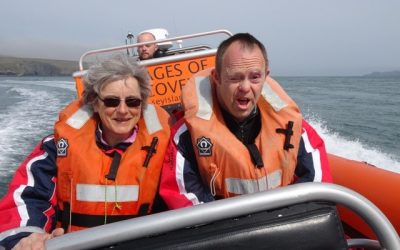 We are delighted to receive another Good rating by care regulator the Care Quality Commission (CQC) for our Shared Lives Service in Shropshire.

Sign-up to receive our newsletter and stay up-to-date with all our latest news and updates!

We use cookies on our website to give you the most relevant experience by remembering your preferences and repeat visits. By clicking “Accept All”, you consent to the use of ALL the cookies.
Cookie SettingsAccept All
Manage consent

This website uses cookies to improve your experience while you navigate through the website. Out of these, the cookies that are categorized as necessary are stored on your browser as they are essential for the working of basic functionalities of the website. We also use third-party cookies that help us analyze and understand how you use this website. These cookies will be stored in your browser only with your consent. You also have the option to opt-out of these cookies. But opting out of some of these cookies may affect your browsing experience.
Necessary Always Enabled
Necessary cookies are absolutely essential for the website to function properly. These cookies ensure basic functionalities and security features of the website, anonymously.
Functional
Functional cookies help to perform certain functionalities like sharing the content of the website on social media platforms, collect feedbacks, and other third-party features.
Performance
Performance cookies are used to understand and analyze the key performance indexes of the website which helps in delivering a better user experience for the visitors.
Analytics
Analytical cookies are used to understand how visitors interact with the website. These cookies help provide information on metrics the number of visitors, bounce rate, traffic source, etc.
Advertisement
Advertisement cookies are used to provide visitors with relevant ads and marketing campaigns. These cookies track visitors across websites and collect information to provide customized ads.
Others
Other uncategorized cookies are those that are being analyzed and have not been classified into a category as yet.
SAVE & ACCEPT
Resize Font
Accessibility by WAH